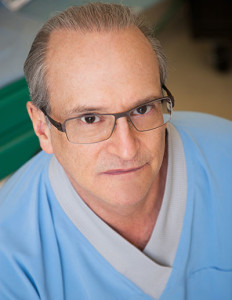 Dr. James R. Shire has combined a life long interest in the arts with a career in medicine in his practice of facial plastic surgery. At Ohio State University he held a double major of Fine Arts and microbiology while completing his re­quirements for medical school

After receiving his Doctor of Medicine degree from Medical College of Ohio, he completed an internship in general surgery and a residency program in Otolaryngology and Maxillofacial Surgery at The University of Cincinnati College of Medicine.

For eight years Dr, Shire was in a private Facial Cosmetic Surgery practice in Boca Raton, Florida. He was also on the teaching faculty at the University of Miami Hospitals.

Dr. Shire was then appointed Director of Facial Plastic Surgery at the Albert Einstein College of Medicine and Montefiore Medical Center in New York, where he had an academic and private practice.

In an effort for an improved lifestyle in addition to searching for a community to raise a family in, Dr. Shire relocated to Chattanooga Tennessee. He has quickly become the premier facial cosmetic surgeon in the area, and still enjoys a large following of out of state patients who seek out his unparalleled artistry, expertise and customer service.

Dr. Shire has been voted the best Plastic Surgeon in the Chattanooga area for the last six years and is listed in Best Doctors in America.

Dr. Shire maintains his interest in fine arts by painting, sculpting and sketching. He has published papers in professional journals and written many chapters for books on facial plastic surgery. Dr. Shire’s national reputation keeps him in demand for lectures, personal appearances, and private consultations.

Who’s Who in Medicine

During the recent pandemic shutdown, we came to rely on Virtual Consultations more than ever before. Many of you found this helpful so we will…

Skin-Care That Really Works… and Why It’s incredibly critical to take care of your skin; it’s the largest organ in your body, and its main…

Read more from our blog

Shire Plastic Surgery offers great financing through CareCredit. Click on the logo below to find out more about how you can finance your next surgery.

Please fill out this form to let us know when you would like to come in and we will do our best to accomodate your schedule.